Sometimes it’s better to show than to tell. That’s the approach Aaron Sleight and Jeff Senzig took with demonstrating the new improvement to the dynamic scheduling engine that’s part of IFS FSM, and especially its ability to drip feed tasks to a workforce. Here are the examples they gave us:

Drip-feeding schedule – an example of dynamic scheduling in action.

Aaron starts of us with the example of 50 jobs – a typical workload for a 10 person team over two days. The Schedule Workbench uses drip feed to just send a single job to a technician at a time. This gives incredible power for the automatic engine to adapt to problems that emerge through the day, as we’ll see later on.

Meanwhile, the technician just sees the next job in the app running on his mobile device. In the detail screen, he gets customer contact details, and well as information about the equipment involved. As the technician changes status – to “arrived” for example – the colors of the jobs in the Workbench change, too. The app allows parts management, time recording and tallying any costs incurred. The job is completed after a signature from the customer.

Once the completion is registered, the scheduling engine assigns a new job based on current completion states, which is pushed to the technician’s device. 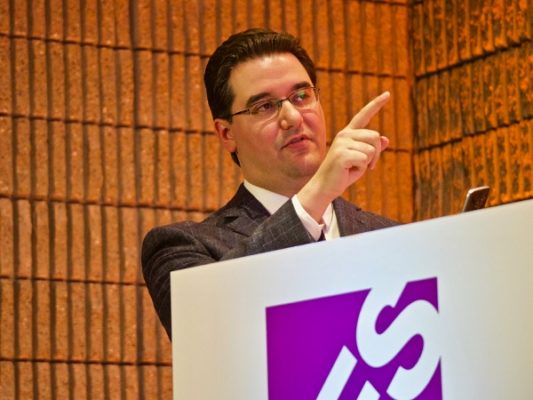 An urgent job gets dropped into IFS, which is booked into the first available slot in the system. It drops it into the queue for the next available skilled technician, based on the estimated time for their current jobs. Now the technician has two jobs on their device, rather than the normal one.

He accepts the job and heads there as soon as the current job is done. However, he discovers that he’s going to need much longer – three hours, in all likelihood. He increases the duration in his mobile app, and the scheduling engine automatically rearranges jobs across the workforce for the next day or so.

Using drip feed makes this much easier because the changes are invisible to the technician, and notifications can be sent to the affected clients. Without it, a manual intervention would be needed, and all the affected technicians would need to be informed.

Canceled job – making the most of suddenly available time

When a job is canceled, the drip feed scheduling allows a rapid reshuffle of the jobs yet to be sent to technicians’ devices, meaning that the freed up time in used as efficiently as possible, often allowing several clients get their jobs done more early than they would have otherwise.

Calendar exception – what happens when you are a technical down?

A family emergency hits one of the technicians – what happens when he drops out of the schedule? He has four jobs on the schedule. He canceled in his mobile app.

Within seconds of that being committed in mobile, the engine has recreated the schedule for the next two days, sharing the released jobs amongst the remaining technicians. Because none of the jobs have yet been committed to device, again, this process is essentially invisible to the workforce. 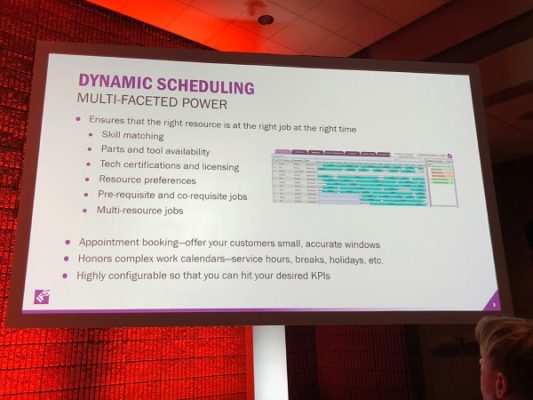