Home > Business Agility > How important are the new right to repair rulings?

How important are the new right to repair rulings?

How big a problem is electronic waste? Well, according to a United Nations global report, in 2019, a whopping US $57 billion worth of high-value, recoverable materials such as gold, silver and copper was mostly dumped or burned rather than being collected for treatment and reuse.

To put it another way: in just one year, a sum greater than the Gross Domestic Product of most countries went to waste. For many, the recent right to repair rulings provide some hope in the fightback against excessive consumption and waste—here I look at what the wider movement and legislation is, its relation to the environment and the link with servitization.

What is the right to repair movement?

The world’s longest-lasting lightbulb has been burning away in Livermore, California since 1901, having almost never been switched off. The Centennial Light is often referenced in discussions of product longevity; how can an incandescent bulb made with 19th century technology outlast its 21st century equivalents? For many, the answer is “planned obsolescence”—the strategy whereby a company deliberately ensures a product becomes out of date or useless within a known time period.

We’ve all experienced the frustration of having to part ways with a product much sooner than expected, and the right to repair movement was largely born from this sense of consumer dissatisfaction. Comprising mostly consumer champions and repair professionals, pressure groups have sprouted up across the world to lobby for products to last longer and be easier to repair.

The movement has achieved significant gains this year with new legislation coming into force across various parts of the world. In the European Union, for example, rules have been introduced that require manufacturers of electrical goods such as fridges and televisions to make their products repairable for at least 10 years after first coming to market. Companies have to ensure spare parts are available for up to a decade, though some will only be provided to professional repair companies to ensure they are installed correctly. Products also need to be sold with repair manuals and built in a way that they can be easily dismantled using conventional tools.

In the US, Joe Biden signed an executive order on the 9th July directing the Federal Trade Commission to draft new regulations limiting device manufacturers’ ability to restrict independent repairs of their products. The President’s ambition is for large manufacturers, such as General Electric, Apple and John Deere, to let consumers repair their own devices or use the technician of their choice. This includes making proprietary software code available, as well as physical components and repair manuals.

It’s worth noting that for now, the pool of goods covered by laws (in any country) is fairly limited. The absence of high-tech goods—whose planned obsolescence has plagued many consumers and fueled multiple lawsuits—is also notable. Right to repair legislation is, without doubt, a positive step but there’s still a considerable way to go. And many things are still up in the air for lawmakers, consumers and manufacturers alike. The latter group will at times need to resolve an interesting clash between designing for repair and designing for durability. For example, waterproofing tends to improve a product’s lifespan but does make disassembly for repair more difficult. And all three groups will need to agree where the line is drawn between repairability and product security and safety. So far, there has been considerable pushback by technology giants such as Apple and Microsoft who argue right to repair legislation poses a significant threat to liability, security and safety. 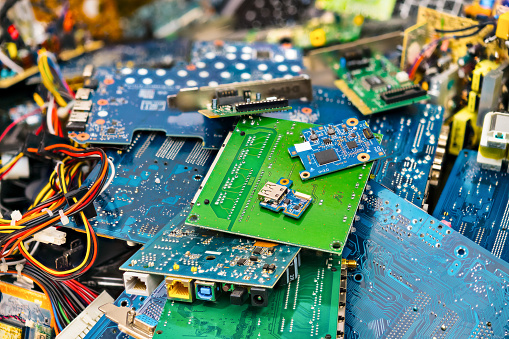 When something like a washing machine door hinge breaks and the entire product must be thrown away as it’s out of warranty and spare parts are unavailable, the environment takes a hit, as do the pockets of the consumer. Sure, the product may end up at an approved recycling center but the resources waste incurred is still substantial. And more often than not, the item will be destined for landfill—the UN estimates that’s where around 80 per cent of our discarded fridges, phones, laptops and TVs end up.

Right to repair legislation is a key step towards decreasing the eco footprint of the manufacturer and consumer by increasing the life of the product. It’s a ratio that’s been represented in many ways; a 2019 report by the European Environmental Bureau, for example, quantified the climate cost of ‘disposable smartphones’. The study revealed that extending the lifespan of smartphones and other electronics by just one year would save the EU as much carbon emissions as taking 2 million cars off the roads annually.

British politician, Philp Dunne, who serves as the UK government’s Chairman of the Environmental Audit Committee, neatly summed up the wider environmental potential of the recent right to repair rulings. Although speaking within a UK context, the aspirations are universal:

“Cracking down on planned obsolescence in electrical items is key to tackling the e-waste tsunami… As our Committee highlighted during our recent e-waste inquiry, 155,000 tonnes of e-waste is chucked away in household bins by Brits every year – with no hope of salvaging the item or the precious metals they may contain. Often these metals are integral for Net Zero Britain: crucial for wind turbines, electric vehicles and solar panels.

“Making spare parts available is the first step in creating a circular economy where we use, reuse and recycle products. We must stop using and disposing quite so much: we must take action if we are to protect the environment for generations to come.”

Ultimately, right to repair legislation represents one of the measures needed to steer the world away from a harmful linear economic model (take-make-use-dispose) and towards a circular economy, with consumers and manufactures participating in a closed loop system of resources.

How does any of this relate to servitization?

You could be forgiven for wondering at this point what any of this has to do with servitization. We’ve written many times before at IFS about the shift in manufacturing towards outcome-based business models, and it tends to be couched in terms of what the manufacturer can do for the customer. At face value, right to repair legislation disrupts this relationship since customers can now do more for themselves. But forward-thinking manufacturers will see right to repair as an opportunity to grasp, rather than an imposition to begrudge.

A key part of selling an outcome is a commitment to the duration of that outcome. Manufacturers now need to ensure certain products are repairable for longer (10 years in the EU, for example), so we should increasingly see product longevity form part of the overall outcome to be sold. Historically, a company that’s embraced servitization focuses on offering service contracts that, for example, guarantee refrigeration—in addition to the sale of the actual fridge. With increased repairability, customers will now be drawn to manufacturers that can provide guaranteed refrigeration as a service, for a substantial length of time, and with minimal turnover of the core equipment. If seamless service, with low environmental impact, becomes the outcome most customers expect, it’s the outcome manufacturers will begin to compete over. It’s a cheering prospect.

Of course, for some, increased repairability will make service contracts less appealing. Empowering such customers with the freedom to maintain products themselves or to choose from a third party is a hugely positive step. But for the most part, the appeal of having an outcome bundled with the sale of the product will remain strong. Returning to our previous example: unless an organization is specifically in the business of refrigeration, guaranteeing its outcome is likely to be a distraction for them. But buying it as a bundled service/outcome ultimately means an organization can spend more time on what they specialize in and waste less on maintenance worries.

Right to repair rulings will be viewed as a step-change for consumer rights advocacy and should also be seen as a pivotal moment for manufacturers and how they engage with their customers. New legislation is unlikely to usher in a huge wave of consumers that quickly become service engineers in their own right. But many will greatly welcome finally having the choice to self-repair or to choose a third party. And more importantly, the recent legislation is a significant step in turning back some of the damage to our environment and transitioning to a circular economy.

To explore how IFS is helping to turn the tide on sustainability, head to our dedicated resource page now.