Home > Energy, Utilities & Resources > Living in a Tinder Box: The Challenges of Maintaining Utility Services & Infrastructure in a Climate-Changed World

Living in a Tinder Box: The Challenges of Maintaining Utility Services & Infrastructure in a Climate-Changed World

Climate change has forever altered how we live and breathe. Along with massive storms and rising tides, out-of-control wildfires are now the norm. In fact, the Center for Climate and Energy Solutions (CCES) identifies climate change as a critical factor in the risk and extent of wildfires in the USA. Based on CCES records, from 1984 to 2015, the number of large fires in the western United States has doubled due to dry conditions and an abundance of forest fuels resulting from climate change.

Even more worrying is the International Journal of Wildland Fire’s prediction that we face an increased potential for extensive fires in the contiguous United States. Most notably, the southeast and northwest parts of the country—a fact borne out by the 2020 wildfires that blazed across California, Oregon, and Washington state.

For many utilities, this new reality presents a frightening and complex challenge. Faced with a hypersensitive ecosystem where even the smallest spark can trigger a deadly catastrophe—and many relying on inadequate infrastructure to respond to such a devasting event—utilities must find a way to manage wildfires while protecting frontline workers and the communities they serve. 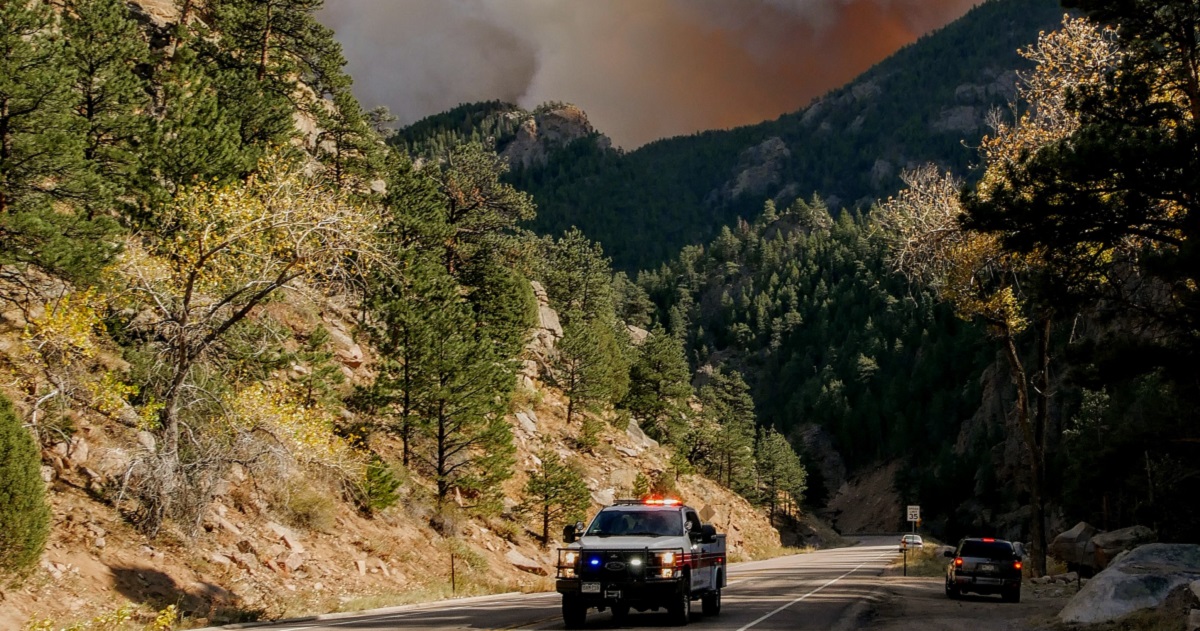 In 2012, the Waldo Canyon fire in Colorado Springs forced the evacuation of over 32,000 residents, with 346 homes destroyed. Insurance claims exceeded $453.7M.

Colorado Springs Utilities (CSU) responded by sending crews into the mountains to determine the fire’s location and severity.

The volatility of the event was unprecedented. With limited access, the utility relied on news crews and other observers in an unsuccessful attempt to determine in which direction the fire was heading.

CSU faced the mammoth task of coordinating efforts with the forest service and fire department to de-energize as many lines as possible while keeping some open-to-support pump stations, communication towers, and signal lights.

After close to a month, the fire was finally extinguished, and the process of re-energizing and rebuilding began. Power was restored to residences and other infrastructure. Assessments also had to be carried out to determine the extent of the damage to equipment such as transformers, conductors, wood poles, and other assets.

Overall, the utility spent about $8.2 million in its response.

The Waldo Canyon fire was considered the most destructive fire in Colorado state history based on the number of homes destroyed. Given the increase in the size and ferocity of wildfires we’ve witnessed due to climate change, it was no surprise when the Black Forest Fire surpassed it less than a year later. 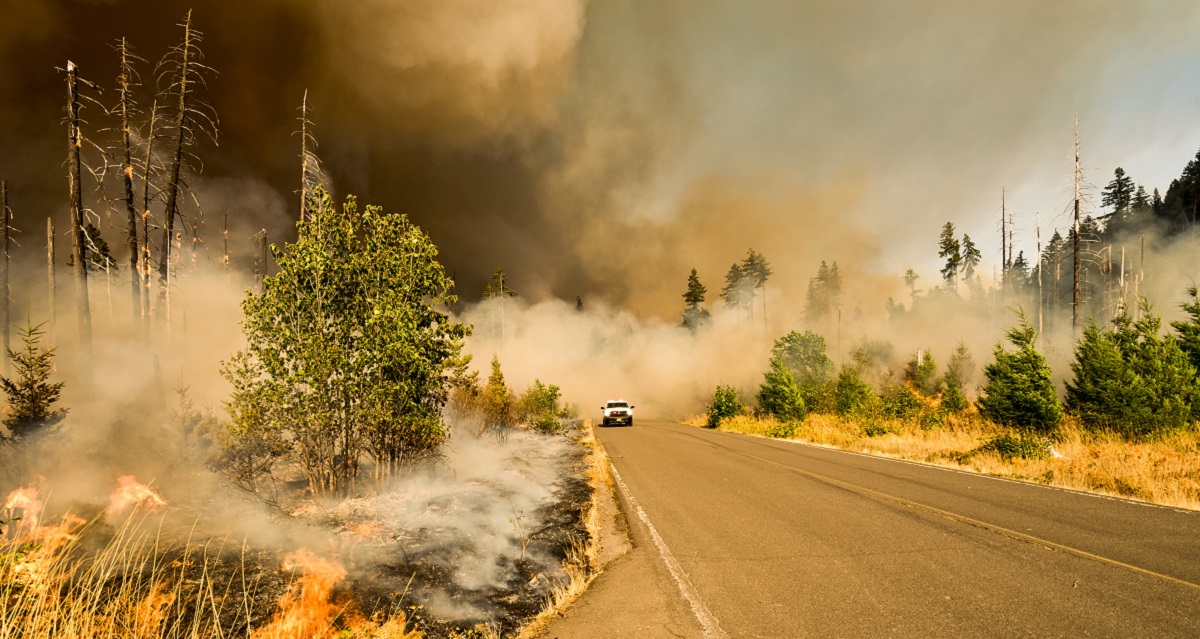 Acceleration in Frequency and Scope

In California, the impact of climate change is undeniable. Fire records dating back to 1932 show that the ten largest fires in the state have occurred since 2000.

And there’s been no respite. The 2020 fire season was record-breaking, with six of the largest wildfires in California history occurring that year.

Given the frequency and ever-growing scope of these disasters, many utility organizations face a challenge to respond effectively, unable to upgrade infrastructure at the pace needed to keep up.

Dangers and Risks to Utility Workers

Along with improving infrastructure to respond to such unpredictable events, utilities must also protect their employees. Although in most cases, utility workers are not fighting the flames, they play an essential role in managing critical infrastructure and restoring it during and after a fire.

As with the Waldo fire in Colorado Springs, utility workers must coordinate closely with other first responders, determining what services can be deactivated to lessen risk and which should remain operable to support activities in the field.

Once the fire is under control, utility workers begin the most dangerous aspect of their work, assessing damage and determining how to turn things back on. Unfortunately, these responsibilities expose them to the same dangers faced by firefighters and others on the front line. 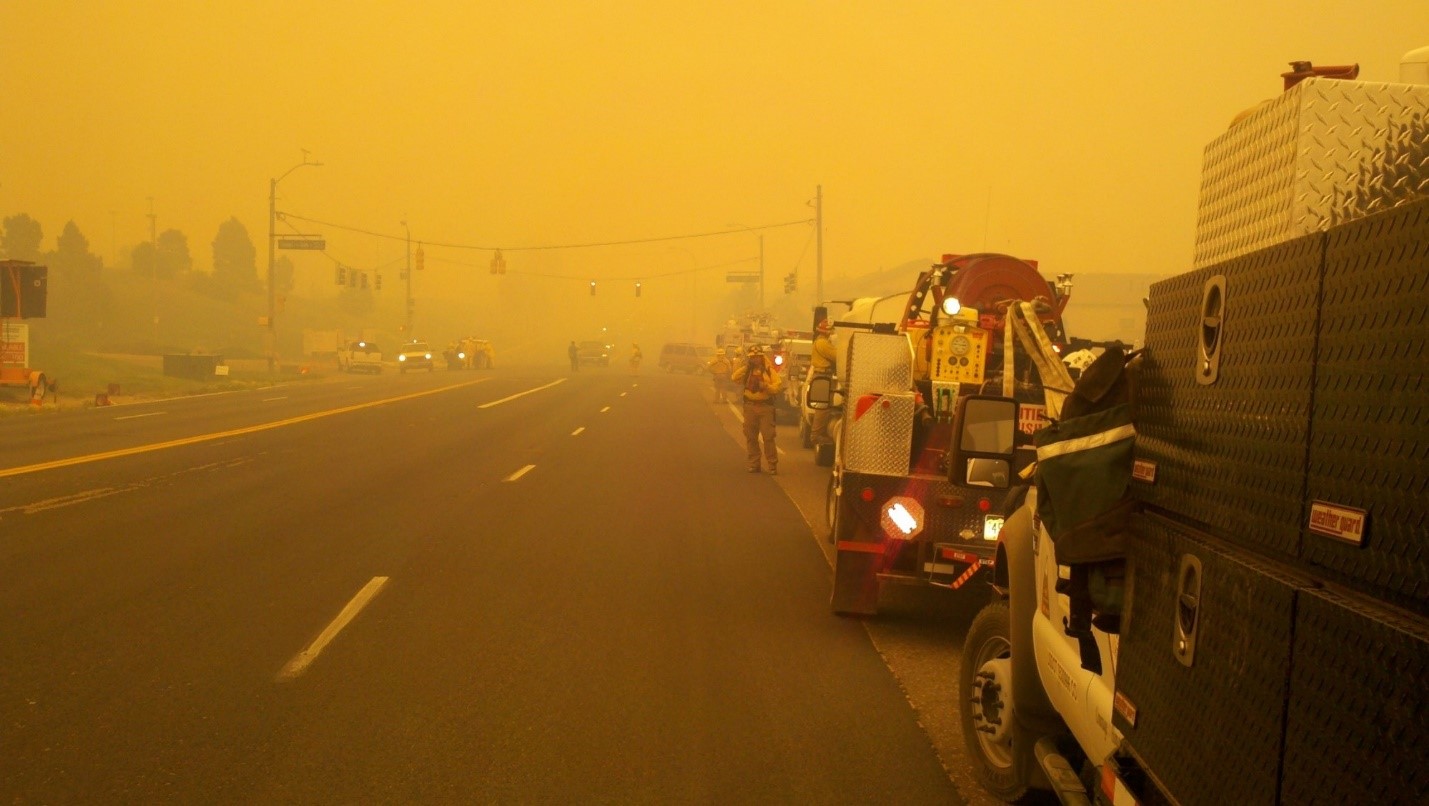 These include health risks from exposure to carbon monoxide, hydrogen cyanide, particulate matter, and environmental smoke—as well as off-gassing, where volatile organic compounds (VOCs) or small pieces of chemicals come unattached from materials and become gases in the air. As we’ve seen with firefighters, these exposures can lead to cardiovascular disease, cancer, and diseases such as AIDS, hepatitis, and chronic lung conditions.

There is also the genuine risk of physical injury due to spot fires or explosions, especially when re-activating services to damaged structures during the event.

Using Technology to Counter the Risk

Southern California Gas Company (SoCalGas) is the primary provider of natural gas to Southern California. With so many disasters on its doorstep, the utility has invested heavily in research and technology to define safety protocols.

For example, the utility proactively shuts off its gas utilities to prevent damage. It has also leveraged satellite images and drones equipped with methane sensors and hi-def cameras to survey for leaks and to assess for other dangers before deploying crews to respond rapidly.

With so much riding on workers in the field, many utilities are modernizing their event management infrastructure. By investing in mobile workforce management platforms and advanced metering infrastructure technologies, organizations can quickly reconfigure, assess, and repair the network while safeguarding crews responding to events as they unfold. 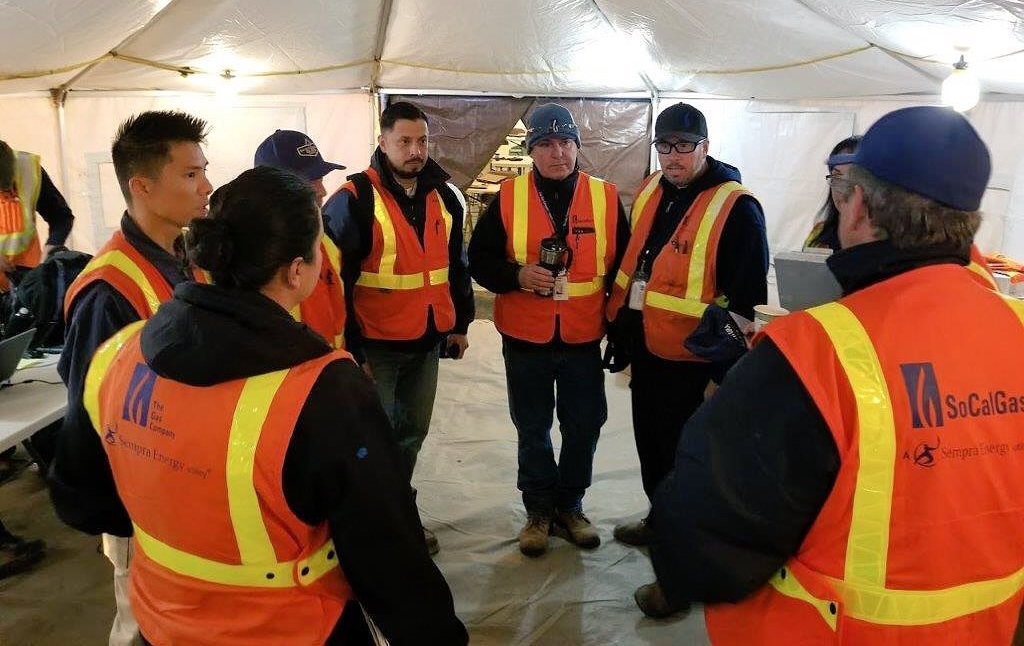 We can’t blame climate change on utilities. Yet expectations of governments, regulators, and the public often exceed these organizations’ ability to predict the unpredictable.

As we watch the inevitable progression of these disasters, technology will strengthen how well utilities can stay ahead of the enormous risks they face when responding to wildfires.

During the T&D Wildfires conference, experts from Colorado Springs Utilities, SoCalGas, and Clevest (an IFS company) examined how utilities must rely on their mobile workforces and advanced technologies to proactively manage risk and safety during a wildfire. Watch the on-demand webinar. IFS develops and delivers enterprise software for customers around the world who manufacture and distribute goods, build and maintain assets, and manage service-focused operations. The industry expertise of our people and solutions, together with a commitment to delivering value to…